Morinville – The Morinville and District Chamber of Commerce is getting ready to open the gates on their annual trade show set to take over the Ray McDonald Sports centre Apr. 15 to 17. Organizers of this year’s show are tying the annual gathering of local businesses into Morinville’s centennial with a 100 Years of Business theme and are planning the biggest show yet, an event that kicks off with the Friday night opening ceremonies Apr. 17.

In addition to the traditional remarks from the Honourable Ken Kowalski and other local and regional dignitaries, this year’s trade show will commence with an elder from the Alexander First Nation saying a few remarks in Cree. The Alexander contribution continues with First Nation singers, dancers and drummers and the appearance of actor Nathaniel Arcand throughout the weekend. Arcand, who is from Alexander First Nation, has appeared in numerous movies and television series, most recently Heartland and Blackstone, the latter of which was filmed in the area.

Saturday’s entertainment will focus on the region’s Francophone culture with singers and fiddlers scheduled during the day.
But singing and dancing are not the only forms of entertainment to punctuate the displays from local businesses. This year’s trade show will see the return of the crowd pleasing baby crawl and the addition of a five kilometre run from the trade show venue to the Morinville Fish and Game Club. Proceeds from run registration fees will go to the Military Family Fund.

Binding the variety of cultural, historical and simply fun events together are the area businesses who will showcase what they have available in products and services. This year’s trade show will gather together more than 63 area businesses and organizers are expecting a sold out show.

“We’re pretty much sold out and normally we’re still booking the last few days before,” Hittinger said. “It’s been getting bigger and bigger, busier and busier. People are realizing you’ve got to book a little earlier if you want your prime booth.”
Hittinger said the trade show is important to both businesses and residents who visit the show. “A lot of people don’t realize what the small towns have to offer,” she said, adding that is particularly true of the community’s many home-based businesses. “People have no idea that they are there, so this gives them the opportunity.” The trade show chair said that often applies to businesses on Main Street as well. “It’s an event to showcase yourself.”

Visitors to this year’s trade show will once again have an opportunity to win some large door prizes, including a complete backyard package, by stopping by the various booths to complete their passports. “Your odds end up being really, really good of winning,” Hittinger said. “Not everybody does their passport and you only get in [the draw] if you do your passport. So you end up with a real good percentage of odds.” 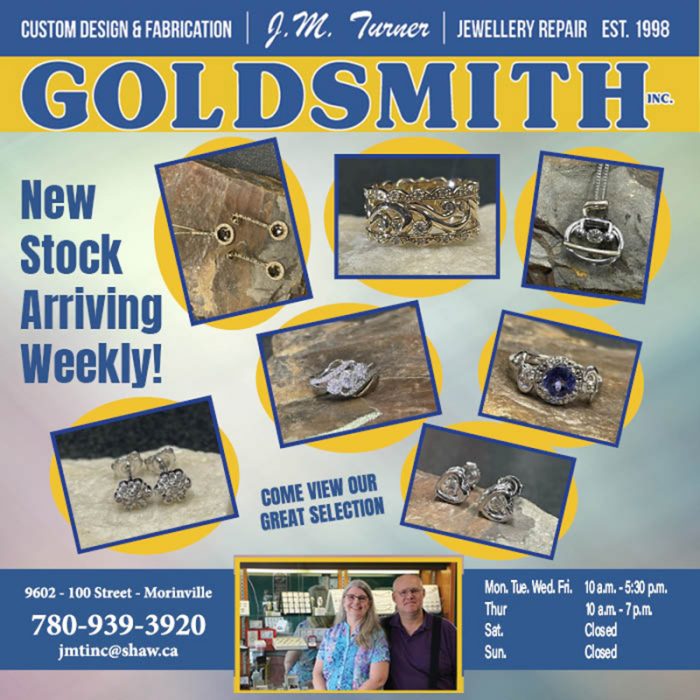