Morinville – Councillor Sheldon Fingler has announced he will seek the mayoral seat in the fall general municipal election. He is the fourth to announce his intentions to run and joins Deputy Mayor Lisa Holmes, Christa Naughton and Carrie Foss in this fall’s mayoral race.

Fingler was elected to Council in the 2012 by-election and said he was motivated to run for the seat after hearing from a number of residents and sharing their concerns about the community and how it is being run.

“People around the community talked about what we need and the direction that Morinville is going,” Fingler said, adding he believes being part of the process is the only real way to make a difference. “We can lobby and do things as citizens all we want; however, in order to have a true and active voice, one has to step to the plate.”

Fingler said he was born and raised in Morinville and chose to raise his family here. He wants his children to raise their families here and wants to ensure the community is one they can do so in. “I grew up in Morinville doing the things I want my kids to grow up and do,” he said. “For me it’s about moving a community forward but remembering who we are. For me it’s dedication to Morinville.”

Fingler’s commitment to the community is what he said ultimately prompted him to run for mayor. “I think we need to see certain results in our community,” he said, adding he combines his one year on Council with a previous 10 years working for the community’s Public Works Department. “I think I have a very solid understanding of the organization.”

Beyond his experience inside the community and its municipal government, Fingler said he is well acquainted with the Capital Region Board; a provincially mandated body that he said plays a significant role in the community. Fingler said he has attended all but a few of their meetings since its inception through his company Infinite Event Services, which was contracted to provide audio and video services for their meetings. “Because of my interest in government and my interest in our community, I’ve always followed along,” he said of the meetings. “I’m not just pushing a button; I’ve followed through and watched things unfold.”

Fingler said the board and its work is at a crucial time of evolving. “It’s evolution is significant because they are in the midst of people wanting out of the Capital Region Board,” he said, adding Morinville was lucky to have had a well-organized Municipal Development Plan passed by the CRB in the past. “I see the Capital Region Board does have limits to the community because it is changing the way we have ability to change our future,” Fingler said, equating that control to the control a municipality has over the businesses in it. “Ultimately, as a business owner, I think of the money I invest and I want to be in control of my own destiny. That’s like the Capital Region Board coming into my business and telling me what I can do for my future.”

For Fingler, that Morinville first approach involves deciding what the community is. The mayoral candidate sees Morinville as a community that has the opportunity to become the residential destination of choice in the region. “I don’t think we are going to have a huge business sector,” he said. “I don’t think we have the growth potential with what the Capital Region Board is providing for us, and the way the plans are coming forward, it does limit our growth. We need to focus on what we are. We are a residential destination with some businesses, so how do we make it even better?”

Fingler said the Town needs to focus on its strengths and use the SWOT theory (strengths, weaknesses, opportunities and threats), realizing its strength is Morinville’s reputation as a strong residential community. “People come to Morinville because they love it,” he said. “Our weakness is we don’t have some of the amenities that St. Albert and places like that have. Our opportunity is in residential growth and amenities.” The threats, or at least the challenges, are in finding how to provide residents with amenities to provide what residents want.”

He sees the addition of amenities, particularly those in the area of recreational opportunities, as being one of collaborative partnerships inside and outside the community, and as work that can be done without reliance on the CRB.

Many issues to contend with

Beyond the challenges of providing residents with amenities for their tax dollars, Fingler’s Aug. 28 media announcement addressed a number of municipal issues he’d like to deal with as mayor.

Among his concerns are what he sees as the ever-increasing size and cost of local government, the desire to have a mayor and Council that deals with facts and provides direction to Administration with a focus on results, and getting to the bottom of how Morinville’s operational reserves decreased from $987,054 in 2012 to $188,210 in the 2013 Budget. Fingler said he is also concerned with the fact the Morinville Community Cultural Centre’s operational budget for 2013 was $793,244, the fact the Ray McDonald Sports Centre is in a state of disrepair, and why the Town’s Operating Budget increased from approximately $9 million in 2010 to $11 million three year’s later, an amount that is a 22 per cent increase at a time when Morinville’s population increased by only 12 per cent.

“I think people want to talk about why we are where we are today,” Fingler said. “They want a mayor and Council that’s going to deal with the issues and give direction and focus on results. We need to move forward on many different things as a community and where do we go from here? We need to focus on some key initiatives and move forward.”

Fingler said spinning wheels and waiting for things to happen isn’t the way for Council to go forward. He is used to moving forward, having started his first business at the age of 15. “I’ve always been of the thought process of action, and we as a community need to pick a direction and go there. We talk a lot about studies and talk a lot about working forward and taking our time talking to our regional partners. It’s all important but our regional partners are also ready to move forward.”

Fingler said people are often surprised to find Morinville’s 6.51 per cent tax rate for residential properties is the second highest in the region. Morinville levies the same rate for businesses. That rate applied commercially makes Morinville the second lowest in the region. He feels a better return on investment for the community’s ratepayers is needed. “People come forward and pay their taxes. They want to know what they are getting for their dollar,” he said. “I think we as a community; we as Administration, Council and staff need to find ways of giving the greatest return on investment possible.”

Pinpointing just where the problem is in the fact taxes are the second highest in the region, the community is left with little money in reserves and Morinville has few amenities is something Fingler said is not easy to isolate. “I think an operational review would give us some clarity as a community,” he said, adding the review would be done by an independent party. “It’s not about losing people. It’s not about cutting jobs. It’s about finding out how we can best get the return on investment out of every dollar.”

Skills on the table

The mayoral candidate sees his insight ingot he municipality from the ground up as his biggest skill in his mayoral bid. “It sets a certain tone for understanding,” he said. “I think when someone has worked in the bottom of a sewer all the way through to driving the plough trucks and everything in between, I think you get a keen understanding of where our community is.”

He also sees his experience in leadership as key to the role of mayor, always drawn to a leadership role in the organizations he has been involved in. “I think people see me as a leader,” he said. “Whether that is true or not, I guess that is up to the residents. I feel that I do a good job leading and following the needs of the residents.”

Beyond his hands on and leadership experience, Fingler sees his many years experience running his own business as valuable to running the business of managing a town. He said his desire to serve the community is part of his family’s longstanding tradition of volunteerism. 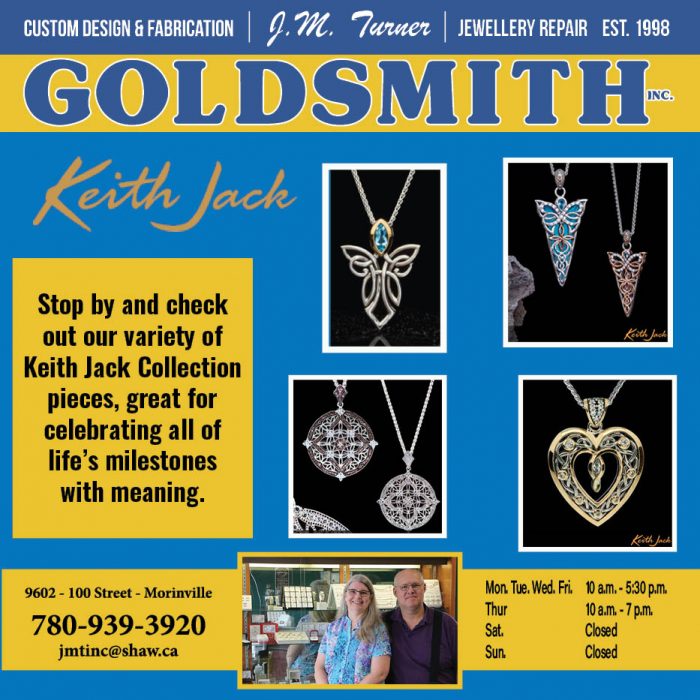